We had seven shows in three or four days. And going back on the road after being in the studio for a month. 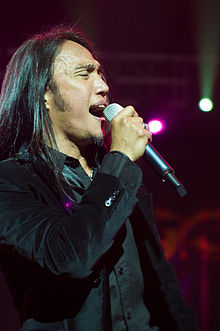 Last Halloween, we were in Utah. Leah drew a really gross pencil mustache [on me]. I was a biased patriarchal version of God.

I got a big white wig and a big white beard and a robe with clouds. Those are taking over my life — probably 90 percent of what I think about.

Our manager loaned me a really expensive Gibson guitar and I [used it] for a show. I threw my hand up in the air and the guitar just fell off and smashed into the ground behind me.

July Talk will personally call you if you vote this election".